Product has been added to your wishlist 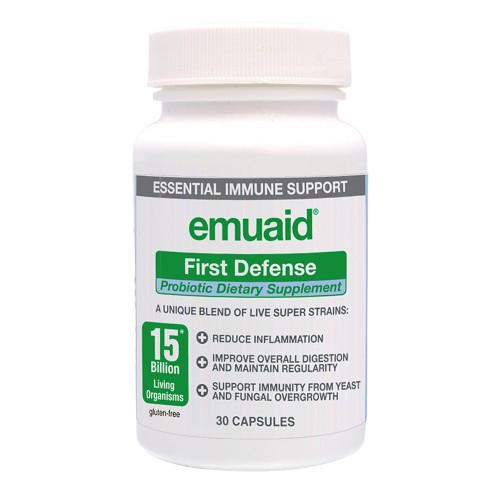 Our intestines are one of the most important parts of our bodies, so when things go awry, there can be little surprise when it impacts on the rest of us! The Emuaid First Defense Probiotic Dietary Supplement is designed to boost bodily resilience from within, in order to address multiple intestinal needs. To do this, it uses 3 strains of bacterium, with a total of 15 billion microorganisms.

Product that you are looking for is no longer available.

The Good Given by the Gut There’s a tendency to think of all our bodily organs as separate and independently functioning - but nowhere is that less true than as regards the gut! Inside this organ is a carefully balanced formula of fauna in the form of ‘good’ and ‘bad’ bacteria, that can be thrown out of sync by anything from processed foods and sugar to alcohol and straightforward stress. Even taking antibiotics on a too-frequent basis can have an impact! Such irritations can force the small intestine’s pores to open up, leaking undigested particles of food and toxins out into the bloodstream. This can have innumerable harmful effects - aside from bloating and cramps, evidence has supported results such as eczema, fatigue and moodiness. Dealing with this area of your body could be key to addressing all manner of healthcare problems.

These microorganisms, understood by many to provide health benefits when consumed and correctly balanced within us, have been a vital part of our diets for centuries, since the advantages of fermented foods were first realised. This was, long before microorganisms were discovered, but since then, it has been noted by scientists to: boost immune system health, lead to a reduction in inflammation, improvements to the regularity and ease of digestion, and addressing yeast and fungal growth. We might have moved on significantly, but our bodies work the same way now as then! 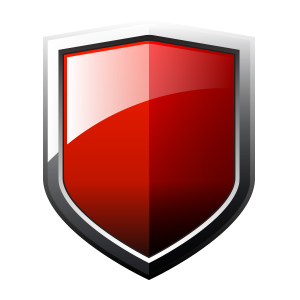 Understanding the clear importance of the largest organ in the immune system, Emuaid took out dedicated research into the most important influencers in our guts and brought together three specifically chosen ingredients, each aiming to aid you in addressing your physical needs. They work together in harmony to target general imbalances in your gut, and help you in dealing with all the potential consequences of that situation. The First Defense Probiotic Supplement could be the ideal step forward for you.

The genus Bifidobacterium is probably one of the most widely used of all strains of bacteria. A ubiquitous inhabitant of the gastrointestinal tract, it has been linked to immunomodulatory properties, and is therefore considered to play a role in the functioning of the immune system. Gut colonization of bifidobacteria has been associated with some health-promoting effects - for more information, click here.

A key part of the lactic acid bacteria group, they function in the gut to convert sugars to lactic acid for our digestion. Working synergistically with Bifidus, it is one of the most common factors known as probiotics to be found in functional foods such as yogurt, and has been linked to diversely aiding with issues such as diarrhea, vaginal infections and skin disorders. To read more, click here.

Recent research in highly respected scientific journals has dived into the virtues of a potentially highly important microbe: E. faecium. Studies have managed to pinpoint a key enzyme in the microbe’s cultures, known as SagA, and have noted that this can be seen to boost resistance to undesirable and damaging pathogens. Click here to read more.

These capsules are perfectly designed to become an easy, simple addition to your everyday routine. To take, simply swallow one every morning with a meal, and follow with a large glass of water. If you have any diagnosed digestive disorders, or any additional concerns, please check with your doctor before taking.

Best probiotic I have tried

Very quick delivery. Will keep you posted on the results.

Brilliant results! sorted me out nicely

i feel completely revitalised after using emuaid probiotic, my stomach doesnt hurt as often as it used to and also the regular visits to the bathroom has been helping alot.

probiotic has been working really well for me, no longer taking random trips to the toilet to release gas which is super embarrassing.

10 out of 10 for this product, has totally fixed my digestive problems.

100% natural is the part that i cant get my head around, how the hell have they created something so powerful and effective without using chemicals. im impressed, thumbs up guys